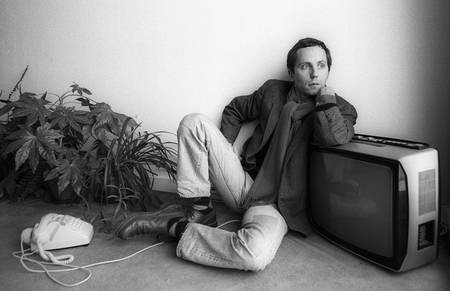 Fabrice Luchini, during the shooting of Pierre Zucca's "Rouge-Gorge" film, at my home in Paris in 1984. I was a film photographer on the set and we had sympathized. We were touring in Paris and he lived near me in the 18th. I bought his old car, we were both broke at the time! He already had quite a few films on his list but was not yet very well known ...